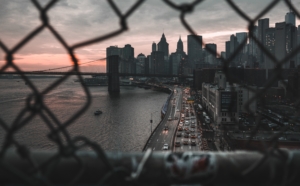 The January 2021 New York City annual report of the City’s real property tax base shows expected COVID-related hits across the spectrum. Retail buildings and hotels/motels registered a market value decline of 21.1% and 22.4%, respectively. Office buildings experienced a decline of 15.6% in market values.[1]

New York Assembly Member Pat Fahy has sponsored a bill, which, if passed, would allow takeout and delivery of alcohol by restaurants and bars to continue for two years after the end of the pandemic-related emergency. A similar bill sponsored by State Senator Brian Benjamin is pending in the Senate.

On March 17, 2020, in response to the Coronavirus pandemic, Governor Cuomo issued an Executive Order permitting restaurants to offer alcohol for both takeout and delivery. Normally, with the exception of takeout beer, on-premises licensees (restaurants, bars, taverns, clubs, arenas, catering establishments, etc.) are only permitted to sell alcohol for consumption on their licensed premises. The Executive Order allows New York State liquor licensees with on-premises licenses to sell wine and spirits- in addition to beer- by the bottle for takeout and delivery in conjunction with a food sale. The sale of takeout mixed drinks or delivery, in conjunction with a food sale, is also permitted so long as they are in closed containers consistent with any open container ordinances. These off-premises sales privileges have been extended multiple times by Governor Cuomo, and currently run through March 28, 2021.

These off-premises privileges were designed to create an additional revenue stream for the restaurant industry which has been devastated by the pandemic. Many restaurants credit takeout alcohol sales during the pandemic with keeping their business alive during the last year and would like to see it continue.

The Restaurant Industry in New York: Tracking the Recovery, issued by New York State Comptroller Thomas DiNapoli’s office,  found that taxable sales for the New York City restaurant industry, as reported by the New York State Department of Taxation and Finance, fell by 71% during March, April and May of 2020 compared to one year earlier. The report also notes that estimated projections show that one-third to one-half of New York City restaurants and bars that existed prior to the pandemic may close permanently during the next year. If one-third of them close, the City would lose nearly 8,000 establishments, and 106,000 jobs. If the closures rose to 50%, nearly 12,000 restaurants and bars would shutter and almost 159,000 jobs would be lost. Continuing to allow on-premises licensees to sell alcohol for takeout and delivery for the next few years seems like a simple way for the state to extend a lifeline to this industry.

There is concern among New York restauranteurs that the extension of the Executive Order No. 202.3 (currently set to expire on March 28, 2021) may be difficult as Governor Cuomo’s emergency powers were stripped by the State Legislature on March 5. Under the new law, Governor Cuomo must submit proposed new executive orders, and/or existing measures he wishes to extend, to the New York Legislature and affected local communities, which then have five days to comment and request changes.

New York State is slowly continuing to lift the pandemic-related restrictions on restaurants and bars. As of February 14, required closing times for many businesses, including restaurants, bars, casinos, fitness centers and more were extended from 10:00 pm to 11:00 pm. Governor Cuomo announced on March 17 that as of April 5, the curfew will be lifted entirely for most businesses, but will remain in place for restaurants and bars, and that he will reassess whether to further lift restrictions on restaurants and bars at the end of April. It is thus vital that the Executive Order allowing sale of alcohol for takeout and delivery be further extended.

New York Is Not Alone

New York is not the only state seeking to legalize alcoholic to-go drinks as an option for restaurants. Governor Janet Mills of Maine issued an Executive Order last March permitting takeout and delivery of alcohol. A proposal to extend that Order through September 2022 is now set to go before the State Legislature. Similarly, Nebraska Governor Pete Ricketts has endorsed a bill that would make permanent his emergency order permitting the sale of carry-out alcohol.

While the measures taken by States in response to the pandemic have varied greatly across the country, these similar actions, by multiple state governments, are a clear acknowledgment of the devastation of the restaurant and hospitality industry nationwide as a result of the pandemic, and a recognition of the fact that the industry will need further assistance in order to recover.

If you have questions regarding the operation of your existing New York liquor licensed business, and/or are contemplating applying for a new license, please contact Alexandra B. Becker, Esq. by e-mail (abecker@nhkllp.com) or phone (518.432.3188) for a no-cost consultation to see how the Alcoholic Beverage Team at Nolan Heller Kauffman may be able to assist.

While some business sectors have weathered the COVID-19 coronavirus pandemic disruption remarkably well, others, including hotel/motel, specific retail, and office sectors, have been severely impacted.

According to CBRE, U.S. hotels suffered the worst annual occupancy level in 2020 since the Great Depression (1). Compounding a drop in tourist occupancy, business demand for hotel and motel use has continued to fall, with businesses cutting travel budgets and adjusting to computer-based video platforms, like Zoom, for meetings and conferences. Non-store/on-line retail sales were strong, but department store and clothing store sales fell dramatically (2). This decline has impacted brick and mortar retail landlords and landlords with small business tenants found many unable to pay full rents. In the office sector, the Fourth Quarter of 2020 was equally bleak, with nearly 30 million square feet of negative net absorption (3).

Landlords owning properties in these impacted sectors may find 2021 a particularly good year to consider challenging your property tax assessments.

In New York State, property tax assessments for a given year are based on the value as of July of the prior year, in this case 2020. Each year New York provides an opportunity to protest your tax assessment if you believe it is unfair. This year the deadline to file a tax grievance is May 25, 2021. Although this deadline was extended in some communities last year, it is not certain that extensions will be granted again for 2021.

Our attorneys stand ready to assist new and existing clients during these uncertain times. We are happy to provide an initial consultation, without a fee, to evaluate whether you may have a good case for a property assessment reduction. If you feel you have an assessment that is out of line with market values, please contact John Hartzell at Nolan Heller Kauffman LLP at (518) 432-3106, or jhartzell@nhkllp.com.