If your Paycheck Protection Program (PPP) lender has informed you that you were not eligible for the PPP loan that you received, you should be aware of the potential consequences of this determination if it goes unchallenged.

Although this area of PPP law is currently developing and comes with a lot uncertainty, here are three of the most likely consequences:

What Can Cause This?

What Can You Do?

Although PPP loans are unique in many ways, in the end, PPP loans are just unsecured business loans. The PPP does not grant PPP lenders any specific powers beyond those generally recognized under state law. This means that you, as a PPP loan borrower, similarly have all of the same tools available under state law to contest a pending lawsuit commenced by your PPP lender against you or to commence your own action against the PPP lender in order to seek a court order finding that you were eligible for the PPP loan and/or that you have not defaulted on your PPP loan. You may also be able to request that the SBA review the lender’s determination if it is part of a decision denying PPP loan forgiveness.

If you have questions or concerns regarding the Paycheck Protection Program or how to navigate a dispute with your PPP lender regarding loan eligibility, please contact Matthew M. Zapala, Esq., by e-mail (mzapala@nhkllp.com) or phone (518.432.3133) for a no-cost consultation to see how Nolan Heller Kauffman LLP may be able to assist you. 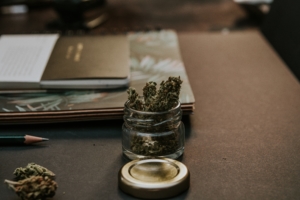 On March 31, 2021, New York became the fifteenth state in the United States to legalize recreational marijuana. Recreational marijuana has been legal in Massachusetts  for several years and New Jersey recently enacted legislation making it legal there as well. Part of the impetus for legalizing cannabis in New York was a concern that residents would simply purchase their cannabis from neighboring states, with New York thus losing out on substantial marijuana tax revenue.

From The Governor’s Office

According to Governor Cuomo’s Office, the recreational marijuana industry could be worth an estimated $350 million in annual New York State tax revenue alone.  Under the legislation, the tax rate on cannabis will be 13%. Of that 13%,  9% will accrue to the State, and 4% will go to local governments.

Municipalities Have a Choice

Municipalities that choose to allow retail marijuana dispensaries are still able to exercise some control over locations within the municipality where dispensaries will be permitted. On top of that, the licensing procedures by the New York State Office of Cannabis Management set forth additional restrictions, like those imposed on retail liquor stores. No license will be granted for a cannabis dispensary where the proposed premises would be located within 500 feet of a school or within 200 feet of a house of worship, and applicants must provide documentation showing that their premises meet these requirements.

Many municipalities are now grappling with the decision of whether or not to allow retail dispensaries. The City of Albany has already said that it will be opting in and is now working on determining specific areas of the City where marijuana dispensaries will be allowed.

Given the intensely regulated licensing process, as well as the substantial tax benefits, it seems that most municipalities should opt to allow marijuana dispensaries, at least in some limited areas. If, however, a given municipality opts out, local residents can put together a petition, and attempt to force a referendum on the local law.