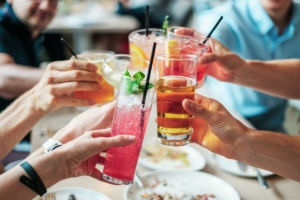 In her January 6, 2022, State of the State Address, New York Governor Kathy Hochul vowed to promulgate legislation allowing the return of alcohol to go. This announcement was greeted with great enthusiasm by the restaurant industry and the public.

The Background on To-Go Alcohol in New York State

In March 2020, during the early stages of the COVID-19 crisis, then-Governor Cuomo issued an Executive Order which permitted restaurants to offer alcohol for both takeout and delivery. Usually, on-premises licensees (restaurants, bars, taverns, clubs, arenas, catering establishments, etc.) are only permitted to sell alcohol for consumption on their licensed premises, except takeout beer. The Executive Order allowed on-premises licensees to sell wine and spirits- in addition to beer- by the bottle for takeout and delivery in conjunction with a food sale. The sale of mixed drinks for takeout or delivery in conjunction with a food sale is also permitted so long they are in closed containers consistent with any open container ordinances.

The hospitality industry lauded the Order, with many businesses crediting takeout alcohol sales to keep their businesses afloat when many restaurants were forced to close. Despite the widespread support from restaurants and customers alike, the Order expired in June 2021 after New York’s State of Emergency.

The Executive Orders issued by Governor Cuomo also contained provisions that permitted businesses like distilleries, breweries, and cideries to ship and deliver their products to New Yorkers directly. Similar conditions are not included in Governor Hochul’s new proposal, leaving many local and regional producers feeling left out in the cold.

What Would It Take to Legalize Takeout Alcohol Permanently?

Despite Governor Hochul’s pledge, legislative approval will be required to legalize to-go alcoholic beverages. Several bills seeking to legalize takeout alcohol were proposed in 2021 in both the Assembly and the Senate but have never passed. In addition to the clear support from Governor Hochul, the push for takeaway alcoholic drinks has also garnered strong public support. A recent survey found that over 78% of New Yorkers favor continuing to allow to-go alcohol sales.

If you have questions regarding the operation of your existing New York licensed business and are contemplating applying for a new license, don’t hesitate to get in touch with Alexandra B. Becker, Esq. by e-mail (abecker@nhkllp.com) or phone (518.432.3188) for a no-cost consultation to see how the Alcoholic Beverage Team at Nolan Heller Kauffman may be able to assist.