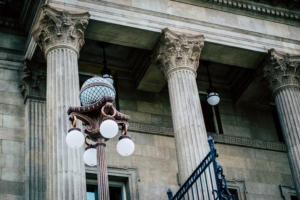 April 24, 2020 Decision in the Maple-Gate Case Is a Major Victory for Policyholders in New York State.

The Appellate Division, Fourth Department issued its decision in Maple-Gate Anesthesiologists, P.C. v. Nasrin, CA 19-00612, 2020 NY Slip Op 02389 (4th Dep’t Apr. 24, 2020) (“Maple-Gate”), creating a split of authority with an earlier appellate decision of the First Department in Matter of Schaffer, Schonholz & Drossman, LLP v. Title (171 A.D.3d 465 [1st Dep’t 2019]) (“Schaffer”).  As explained below, Maple-Gate represents a major victory for MLMIC policyholders in disputes with employers over entitlement to the cash consideration resulting from the demutualization and sale of MLMIC to Berkshire Hathaway.

On October 1, 2018, Medical Liability Mutual Insurance Company (“MLMIC”) was converted from a mutual insurance company to a stock company and sold to Berkshire Hathaway for $2.502 billion in cash consideration. Under the New York Insurance Law, mutual insurance companies are owned by their policyholders.  Consistent with Insurance Law § 7307(e)(3), MLMIC’s Plan of Conversion provided that all MLMIC policyholders during the time period July 15, 2013 through July 14, 2016 would be eligible to share in the cash consideration. Eligible MLMIC policyholders would receive a cash payout of approximately 1.9 times the amount of premiums paid on their policies during this three-year period.  In nearly all cases, the healthcare professionals covered through MLMIC policies are on record as the eligible policyholders.

Following MLMIC’s sale, litigation ensued throughout New York State between healthcare providers and their employers or former employers over which of them was entitled to receive the cash consideration:  (i) the employee/healthcare providers, who became MLMIC policyholders—and thereby acquired an ownership interest in MLMIC—as part of the bargained-for exchange of consideration under their employment agreements; or (ii)  their employers, who paid the MLMIC premiums pursuant to, and in exchange for their employees’ services under, the employment agreements.  The answer to that question is simple, compelled by, among other things, the statutory framework of the Insurance Law, the Plan of Conversion, the plain terms of the employment agreements, and controlling New York  common law:  The employee/policyholder is entitled to the MLMIC cash consideration.

Indeed, this was the holding of the Erie County Supreme Court in Maple-Gate Anesthesiologists, P.C. v. Nasrin (96 N.Y.S.3d 837 [Sup. Ct. Erie Cty. 2019]), which, among other things, confirmed that “Insurance Law § 7307 does not confer an ownership interest … to the cash consideration to anyone other than the policyholder,” and stressed that “the cash consideration was clearly intended to be in exchange for the extinguishment of the [policyholder’s] membership interest in MLMIC.”

However, shortly after the Erie County Supreme Court issued its decision, the Appellate Division for the First Department issued a decision in Schaffer. The First Department, acting as a court of original jurisdiction under CPLR 3222, summarily held that the doctor/policyholder would be unjustly enriched by receiving the cash consideration because her employer had paid her policy premiums.  The Schaffer decision was unusual in that the First Department did not cite to the Insurance Law, did not reference the MLMIC Plan of Conversion or the Department of Financial Services’ Decision approving the MLMIC Plan, did not refer to the parties’ employment agreement, did not rely upon any New York unjust enrichment law, and did not provide any reasoning for its conclusion.

Schaffer has had a significant impact on MLMIC policyholder litigation throughout New York as a result of the doctrine of stare decisis (Latin, meaning “stand by thing decided”).  As background to understanding stare decisis, it is important to understand New York’s court structure. In New York, the basic trial level court is the Supreme Court. Appeals from the Supreme Court are taken to the Appellate Division, which is divided into four Departments.  The First Department hears appeals from New York County and the Bronx.  The Second Department hears appeals from the downstate counties surrounding New York and Bronx Counties, and north to Dutchess and Orange Counties.  The Third Department covers the eastern part of upstate New York, and the Fourth Department covers the central and western parts of upstate New York.  Appeals from the Appellate Division are taken to the New York Court of Appeals.

With the foregoing in mind, Schaffer (which was decided on April 4, 2019) has for the past year been the only Appellate Division decision to have decided a dispute as to the MLMIC cash consideration.  Consequently, Supreme Courts, relying on Schaffer as binding authority, have decided numerous MLMIC cases throughout New York against policyholders.  In the cases we are handling, we are pursuing appeals of these adverse decisions.

On April 24, 2020, the Appellate Division for the Fourth Department issued its decision in Maple-Gate (2020 NY Slip Op 02389 [4th Dep’t Apr. 24, 2020]) affirming the above decision of the Erie County Supreme Court. Whereas Schaffer (a) did not reference the parties’ employment agreement, (b) did not cite the Insurance Law, the MLMIC Plan of Conversion or the DFS Decision, and (c) did not rely upon any New York unjust enrichment law, the Fourth Department (i) emphasized the employer’s agreement to pay the premiums pursuant to the parties’ employment agreements, (ii) stressed that the Insurance Law, the Plan of Conversion and other documentary evidence establish that the named policyholders (the employees) are to receive the MLMIC cash consideration, and (iii) relied upon New York unjust enrichment law in unequivocally holding that, “as a matter of law . . . [the employer] had no legal or equitable right of ownership to the demutualization payments.”

As a result of the Fourth Department’s Maple-Gate decision, there are now conflicting Appellate Division decisions, and Schaffer cannot even arguably be viewed as binding authority outside the First Department. Under the doctrine of stare decisis, Maple-Gate is likely to be viewed as binding authority within the Fourth Department. Supreme Court judges in the Second and Third Departments are now free to decide cases based on their own views of the merits, and we expect many of these judges will find Maple-Gate persuasive.

Nolan Heller Kauffman LLP represents more than 100 healthcare professionals in over 50 cases throughout New York State relating to disputes over MLMIC cash consideration.  If you are or were a MLMIC policyholder and have questions, or would like to learn more about this subject,  please contact Justin A. Heller, Esq. at jheller@nhkllp.com or Alexandra B. Becker, Esq. at abecker@nhkllp.com, or call us at (518) 449-3300.