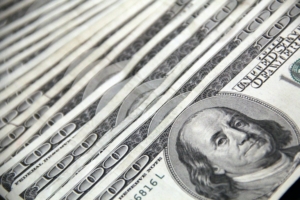 Earlier this month, the Small Business Administration (SBA) issued new guidance regarding the Paycheck Protection Program (PPP) and bankruptcy. When Congress passed the CARES Act, it did so without any statutory limitation on lending to businesses that were involved in bankruptcy proceedings. However, shortly after the PPP was first implemented, the SBA issued Interim Final Rules that prohibited a PPP loan from being made if the applicant, or any owner of 20% or more of the applicant, was “presently involved in a bankruptcy proceeding.” Prior to the SBA’s new guidance, it was safe to construe the phrase “presently involved in any bankruptcy” to mean that you are ineligible for a PPP loan as long as the applicant or owner is a debtor in a bankruptcy case that is open. Since bankruptcy cases may take years to close, this rule effectively prevented the vast majority of applicants that, directly or indirectly through an owner, had an open bankruptcy case.

For this reason, a number of entities with PPP loans that are involved in Chapter 11 bankruptcy proceedings have successfully challenged the SBA’s authority to enact this regulation. However, the results have been mixed in federal courts across the country and it appears that a majority of courts have concluded that the SBA had the authority to instill this prohibition even though it is completely contrary to the primary intent of the PPP – to get forgivable loans into the hands of America’s struggling small businesses quickly and efficiently.

Recently, the SBA released a more detailed explanation of what it means to be “presently involved in a bankruptcy proceeding” that opens the door to many borrowers that would have previously been ineligible because of how long bankruptcy cases can remain “open”. Understanding this guidance is critical to determining when, and if, your business is eligible to receive an U.S. Small Business Administration Paycheck Protection Program (PPP) loan and how you might be able to use a PPP loan to assist with your efforts to reorganize, despite certain bankruptcy proceedings.

The SBA’s PPP loans and bankruptcy guidance can be broken down by the Chapter and type of bankruptcy case:

For Chapter 7 bankruptcy filings and PPP loans, “the applicant or owner is considered to be ‘presently involved in any bankruptcy’ for PPP eligibility purposes until the Bankruptcy Court has entered a discharge order in the case.”

For Chapter 11, 12 or 13 bankruptcy and PPP loans, “the applicant or owner is considered to be ‘presently involved in any bankruptcy’ for PPP eligibility purposes until the Bankruptcy Court has entered an order confirming the plan in the case.”

“Additionally, if the Bankruptcy Court has entered an order dismissing the case, regardless of the Chapter, the applicant or owner is no longer “presently involved in any bankruptcy.”

This PPP bankruptcy loan guidance represents a drastic departure from the SBA’s prior interpretation. For example, a Chapter 13 bankruptcy case may remain open and active for four to five years after an order confirming the plan is entered. Now, an individual who has a confirmed chapter 13 plan, or a business owned which they own, is eligible as soon as the order confirming the plan is entered – they no longer have to wait until the case is closed.

Additionally, this clarification from the SBA presents a new source of potential funding in Chapter 11 cases in order to increase the chances of being able to successfully emerge from Chapter 11. Now, it is conceivable that businesses in pending Chapter 11 cases, or those contemplating potential reorganizations, may be able to propose reorganization plans that, at least in part, provide for obtaining PPP loans after a confirmation order is entered to help fund their plans and increase the likelihood of completing successful reorganizations.

If you have questions or concerns regarding the Paycheck Protection Program or how PPP loans might be utilized as part of a Chapter 11 bankruptcy reorganization, please contact Matthew M. Zapala, Esq., by email (mzapala@nhkllp.com) or phone (518.432.3133) for a no-cost consultation to see how Nolan Heller Kauffman LLP may be able to assist you.

New York Has Legalized Marijuana… Now What??
Scroll to top